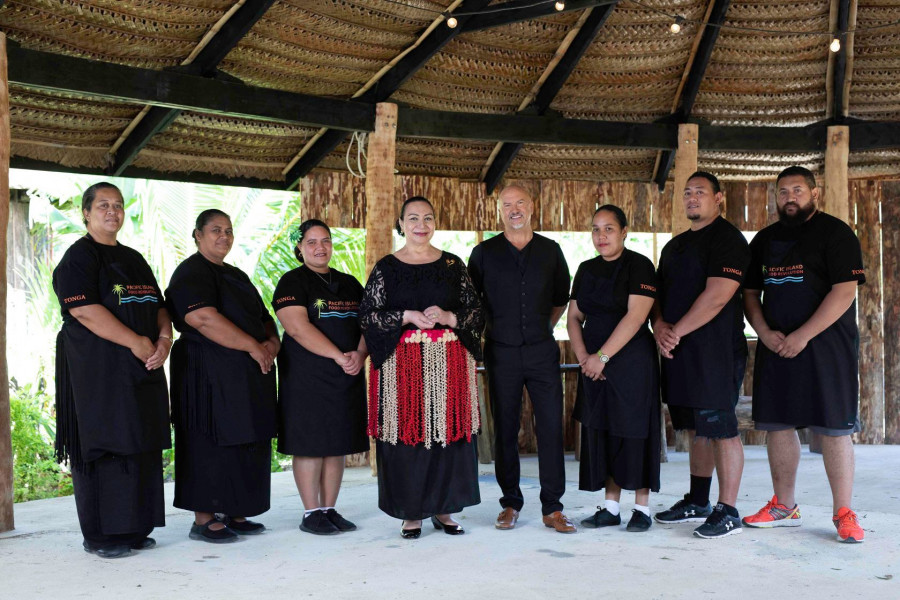 In the world of cuisine, every dish tells a story. Globalization has expanded our horizons and knowledge of regional cuisine from other countries. However, it has also expanded the reach of fast food and processed meals, resulting in the rapid rise in Non-Communicable Diseases (NCDs—such as heart attacks, obesity, diabetes, or cancer), which can stem from unhealthy diets. Formal advice from the medical community helps, but general awareness raising is still paramount to avert the bad eating habits that can lead to chronic diseases. So how does one initiate a social movement to raise awareness around the power of healthy cooking and the flavors of home? The answer is simple: entertainment.

Across the Pacific Islands, Robert Oliver is Host and Executive Director to the most watched reality TV show in the region, Pacific Island Food Revolution (PIFR), developed as part of the DFAT and MFTAT-funded LAUNCH Food Program and managed by DT Global. This media phenomenon, with 5 million prime-time viewers, raises awareness about cooking local, traditional, and healthy Pacific foods. It is filmed in Fiji, Tonga, Vanuatu, and Samoa.

Born in New Zealand, Oliver grew up in Fiji and made a name for himself as chef in the US before managing hotel restaurants in the Caribbean. “I noticed that they were importing all their food, and their markets looked the same as I’d seen in the Pacific: good farmers, vast amounts of amazing land and local produce, but also rural poverty,” explains Oliver.

Hailing from a small island economy, he knew it was possible to connect local farmers to the tourism industry by putting local cuisine—and therefore local crops—on menus. Around the same time, the chef became aware of the rising NCD crisis in the Pacific caused by an over-reliance on processed foods.

“When I was a kid in Fiji, we didn’t have sugary drinks or processed food,” Oliver reminisces. “We ate out of the market, grandmothers’ food that people started to look down on because it wasn’t western enough.” But as the glamorization of fast food had become a concern in the Pacific Islands, Oliver, inspired by his new role as a judge in the cooking program My Kitchen Rules, began to wonder if a similar show could work in the Pacific to encourage healthier and more localized food. “In a way, I thought that’s what the Pacific needed.”

Once the concept was clear, Robert Oliver set the wheels in motion to materialize his idea. “Around that time, DFAT was involved in a global initiative called LAUNCH Food, implemented by DT Global, and they put a call out for expressions of interest to support the top ten ideas.” Oliver put together a concept and landed in the top ten. The result was a two-and a half year pilot of PIFR. 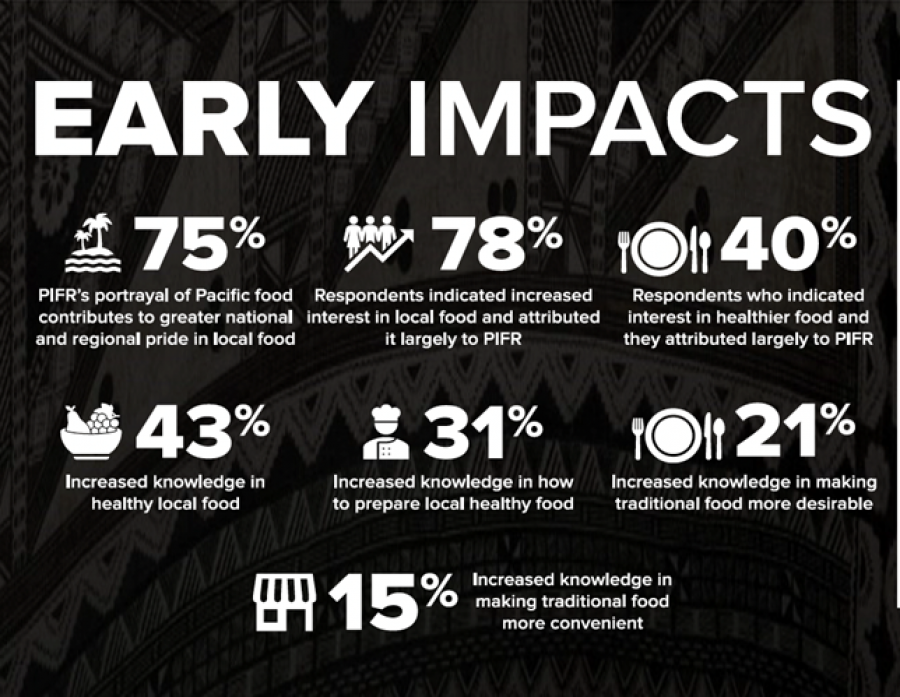 Gaining considerable momentum since its 2019 launch, each PIFR episode addresses different health issues through a local lens. “Many development agendas—which are very much needed and resourced with amazing people—sometimes don’t create enthusiasm and buy-in when working in a developing region,” says Oliver. “And that’s what we’ve done really well [and] that’s why it’s a revolution, because it’s gaining its own momentum in various communities.”

The medical community recognizes that this a Pacific solution to a Pacific problem, with no need to import any outsourced ideas or experts. “Actually, the experts are our grandmothers, who still keep this knowledge,” Oliver points out while smiling. And that’s the key to PIFR’s approach: a cooking competition that uses healthy, local ingredients to cook traditional food while contributing to the economic and physical wellbeing of the region.

But the show only sets the stage for finding solutions to these problems; it’s the local people on the show that cook the solution up. Local Pacific cooking has gained enormous importance, making PIFR’s audience realize that the culture they identify with—and which is fundamental to their way of thinking—can create a positive change in health. This theme was discussed in a recent PIFR episode:

Turning to local food during COVID

Despite no filming in 2020 due to the COVID-19 pandemic, PIFR has increased its engagement on social media and Oliver is hopeful for the future. Recent data from a PIFR impact study in Fiji shows that 55% participants reported changing their diet over the past year. As a silver lining to the negative effects of COVID-19, respondents of the latest survey have turned to either growing their own healthy food or shifting towards a more locally- based diet—adding new, local ingredients to their dishes. “People have gone back to the garden,” points out Oliver. “And what you eat around COVID is also important, because if you get the virus, you’re more likely to get really ill if you have any type of NCD.”

By promoting nutritional food and robust resilient local food systems, PIFR aims to restore Pacific food culture through the influence of television, social media, and radio. PIFR is now co-producing three radio programs in Fiji, Tonga, and Vanuatu to help spread the movement in rural areas that may not have access to internet or TV cable. The program is also set to expand onto the Asian, North American, and European markets shortly. Now, the idea initially envisioned by Robert Oliver and supported by DT Global might just be the spark that keeps this new “health trend” alive within each community.