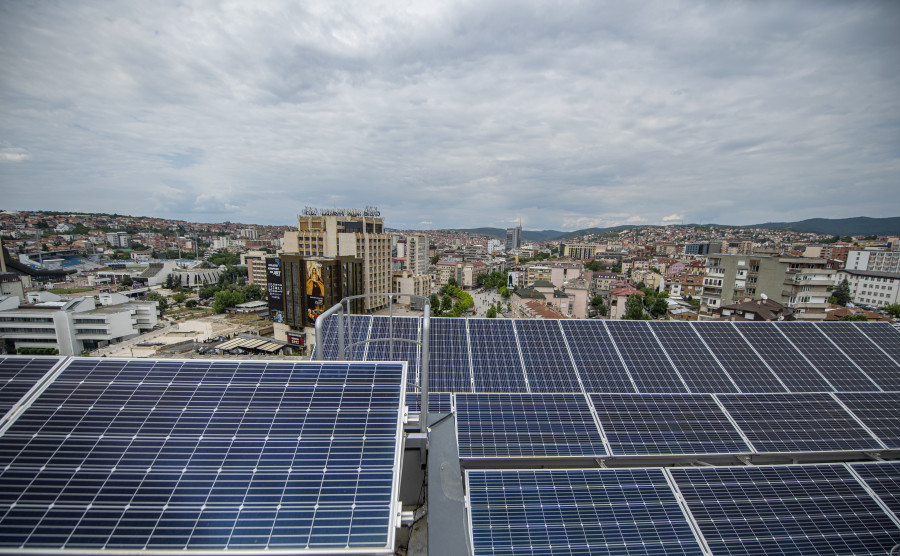 A landlocked country of just over 4,000 square miles, Kosovo is heavily reliant on its large reserves of lignite coal to generate electricity. But Kosovo’s current two coal power plants—Kosovo A and B—don’t generate enough energy to meet the population’s needs. To meet Kosovo’s energy needs, renewables are an increasingly popular option.

Renewable energy (RE), including use of wood/biomass for space heating, currently meets around 25% of domestic energy needs. The European Union through Energy Community Treaty, which Kosovo is party to, is expected to set even more ambitious RE targets this year for Kosovo to meet by 2030. It’s clear there is a growing need for alternative forms of energy, and with Kosovo’s 240 days of sunlight a year, solar is a strong contender.

“The potential of solar energy in Kosovo is extraordinary,” says Ermal Imeri, Managing Director at ESCO, a Kosovar company that analyses, designs, and installs photovoltaic systems. “If only a little work is done to […] make it easier to inject the power into the grid, perhaps even larger and different quantities for energy consumers, it would boost the solar energy market that would result even in greater employment, in achieving targets in environmental protection and other things.”

USAID’s Kosovo Energy Security of Supply (KESS) Activity, implemented by DT Global, is partnering with Kosovo to explore and roll out RE work. USAID KESS worked with the Government of Kosovo (including the Ministry of Economy) and other public and private sector stakeholders to assess the current state of RE—specifically solar—in Kosovo and make recommendations for further development. Now, we’re working with the Government of Kosovo and private sector to support RE transactions promote RE investment, shape the RE regulatory framework, develop RE market and network integration, and advise on specific RE projects.

DT Global is proud to help Kosovo on its path to sustainable energy. As Afrim Syla, Managing Partner at Elen—a solar energy company—says, “alternative energy […] is the future; it is cheaper, safer, and healthier.” See USAID's video for more on how solar is transforming Kosovo’s energy sector.