Bridging the Gap Between Eliminating Violence Against Women and Transport Infrastructure 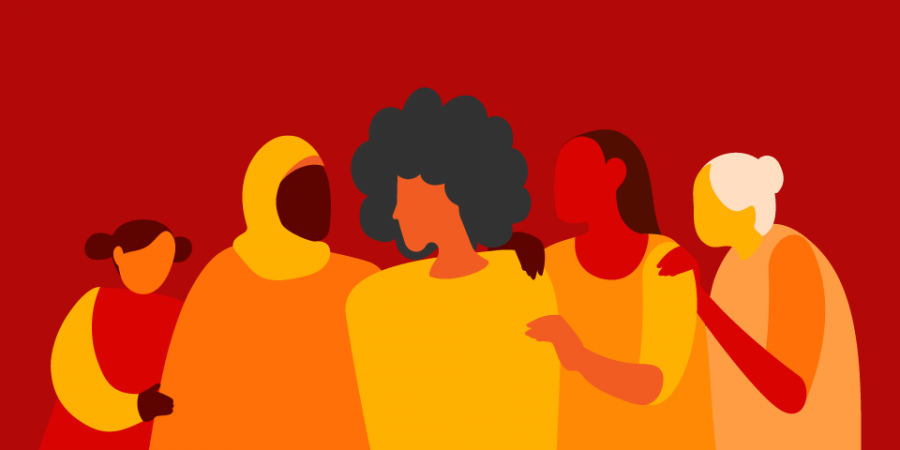 In Vietnam, according to a 2019 nationwide survey of women and girls, almost 63% of women that have ever been married (or in a de-facto/committed relationship) reported having experienced violence from a man at some stage in their lifetime. Violence against women continues to be one of the most persistent and widespread violations of human rights in our world today. Although vulnerable women (including young girls, elderly, and people with disabilities) are more at risk, violence against women and girls does not discriminate based on age, social status, or disability. It is everywhere.

To raise awareness on and end violence against women, DFAT’s Aus4Transport program, a transportation and infrastructure initiative implemented by DT Global, is marking the UN International Day for the Elimination of Violence Against Women and following 16 days of action to end gender-based violence.

You may ask, why do we need an international day and an official campaign of activism to eliminate violence against women? Isn’t this a family and personal problem, rather than a community or international one? And aren’t there enough preventative measures in place already?

The answer is quite simple: no.

Despite continued efforts and increased awareness, the rates of violence against women and girls remain stubbornly high, and the costs to society – physical, emotional, and economic – are significant. Further, the officially recorded rates of violence are likely just the tip of the iceberg. Violence against women and girls continues to be underreported due to the impunity, stigma, and shame surrounding it, particularly for survivors.

Until all women are trusted, their concerns heard, and real action taken to address violence against women and girls and prosecute and punish perpetrators, such violence will continue to burden not just the victim and their family, but also the economy. The cost of violence against women, in terms of lost productivity, was estimated at 1.8% of Vietnam’s GDP in 2018. Since we know that violence against women is underreported, it is safe to say that this is likely an underestimation and the real cost is much higher.

In response to the COVID-19 pandemic, governments around the world have imposed strict lockdown and stay at home orders and many people have reported high levels of emotional and economic stress. These factors combined have only increased violence against women, with help lines and emergency shelters all around the world reporting substantial increases in calls to their services.

How the transport sector links to violence against women and girls

Okay, so we now agree there is a problem, but what does this have to do with transport?

Transport is traditionally a male-dominated field, which, together with the weight of specific cultural gender stereotypes and differences in socio-economic circumstances for men and women, creates an environment that is very susceptible to violence against women. For example, the construction phase of a transport project requires a large, mostly male workforce. Many of these men will temporarily relocate to the construction site from other locations in the country and across the region to work on the project for the construction period. This influx of itinerant workers, who are generally unaccompanied and have high disposable incomes, can change the dynamics in the local community around the infrastructure project.

These drastically shifted dynamics increase the risk of sexual harassment, violence, and exploitative or transactional relationships in the community around the project. Local women are at risk, particularly in remote and isolated areas where their awareness of their rights and personal agency may be limited. Additionally, female workers immersed in a male-dominated working environment, are not immune to these risks. They can also be subjected to sexual harassment, abuse, and discrimination. Changes in income generation and responsibility in the household can also lead to increased domestic stress and, in some cases, violence.

What Aus4Transport is doing about it

Aus4Transport, a transport partnership program between the Government of Australia and the Government of Vietnam, implemented by DT Global, takes proactive steps to avoid, mitigate, and respond to these risks.

Managing social impacts of labour influx: A4T has prepared guidance on the management of social impacts associated with temporary project-related labour influx to civil works contractors on significant projects, like the Central Highlands Connectivity Project. Program guidance helps construction partners to be aware of and understand these risks, and DT Global assists them in developing appropriate labour management policies and procedures, including around gender awareness training, zero-tolerance for sexual exploitation, and abuse and harassment and worksite, particularly labour camp establishment and operation.

Raising awareness on HIV and human trafficking: There is an increased risk of HIV transmission and human trafficking for women and girls in the remote communities around road construction areas in Vietnam. So as part of the Northern Mountain Provinces Transport Connectivity Project, Aus4Transport designed a HIV/AIDS and Human Trafficking Awareness Program to raise awareness in the local community and at-risk populations (e.g., construction workers, sex-workers, and intravenous drug users) in three northern mountain provinces of Lai Chau, Yen Bai, and Lao Cai. This awareness program will run for three years—the whole period of construction—and benefit 68,000 people, mainly local ethnic minorities.

Understanding how roads can be designed for safety: Aus4Transport has conducted social surveys specifically designed to help us understand the different transport needs of men and women, young and old, able and disabled road users in both the Central Highlands and Northern Mountains areas. These surveys helped DT Global to better understand the safety and security concerns of different road users, including women, and inform the engineering designs of the Central Highlands Connectivity Project and Northern Mountain Provinces Transport Connectivity Project road upgrades. These insights are particularly useful to ensure safe placement of lights, bus stops, and parking areas.

Developing anti-harassment labour practices: In preparation for upgrading a strategic inland waterway in the Mekong Delta in 2022, Aus4Transport is developing labour management procedures to minimise the risk of sexual harassment, abuse, and exploitation as part of the Southern Waterways Logistics Corridor Project. Aus4Transport staff will review labour law and international best practice on Addressing Sexual Exploitation and Sexual Harassment in Investment Projects. The team will consult with local authorities, women’s unions, and local community to put in place policies and procedures to guide and support effective management of relationships between workers and local community, including a code of conduct and management of gender-based violence grievances.

Providing training on gender and gender-based violence: Aus4Transport provided a gender awareness training for the staff of Vietnam’s Ministry of Transport, as part of the Central Highlands Connectivity Project and Northern Mountain Provinces Transport Connectivity Project activities. The gender-focused training included a detailed module on managing and mitigating the risk of sexual and gender-based violence associated with transport projects. It targeted more than 400 officials from the Ministry of Transport and other relevant agencies.

Aus4Transport demonstrates a strong commitment to understanding how transport infrastructure development can increase violence against women and girls, and importantly, what steps to take to stop it. While it is important to use campaigns such as #OrangeTheWorld and #16Days to raise awareness of violence against women, it is equally important to take concrete steps and actions every day that will help to finally bring an end to this expensive and pervasive issue. By doing so, we are taking steps to enable women and girls to live in a world where they are safe and able to contribute to society in their highest capacities without fear.