Stories from the Vault: Chocolate, Volcanoes, and Women in Vanuatu and Papua New Guinea 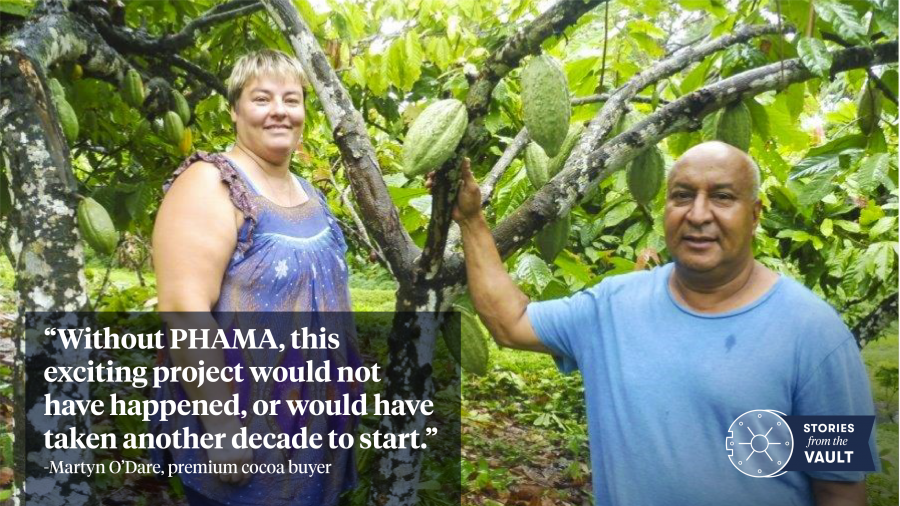 When Nestle introduced its new volcanic edition of KitKat chocolates in a star-studded event in Japan in 2019, two unsung heroes proudly welcomed the news on their cocoa plantations in the Pacific. Tiphaine Beaune and Barbara Goodyear are the suppliers of the cocoa beans used by Nestle to produce the volcanic KitKat chocolates. Both women are actively involved in the running and operations of cocoa plantations in Vanuatu and Papua New Guinea, respectively. Tiphaine manages Metenesel Estate, a cocoa plantation spanning 500 hectares of land on Malekula Island in Vanuatu while Barbara operates Kulkul Cocoa Plantation on Karkar Island in Madang, PNG.

In addition to cocoa, both women also have the Pacific Horticultural and Agricultural Market Access (PHAMA) Plus Program support in common. PHAMA Plus is a multi-country program supported by the Australian and New Zealand governments. The program recognises and supports women for their contribution to economic development and has been supporting women’s economic empowerment in six core countries: Fiji, PNG, Samoa, Solomon Islands, Tonga and Vanuatu.

“We are very proud to be connected with world-renowned Nestle. We are really happy that people realise that PNG has potential and that they support us,” said Barbara of the launch. She continued, “We hope that we are putting PNG on the world map again. There was in former times a lot of bad cocoa going out and we hope we can prove that PNG has really good cocoa. We hope more people will be interested in buying from us and we can export more and get better prices.” 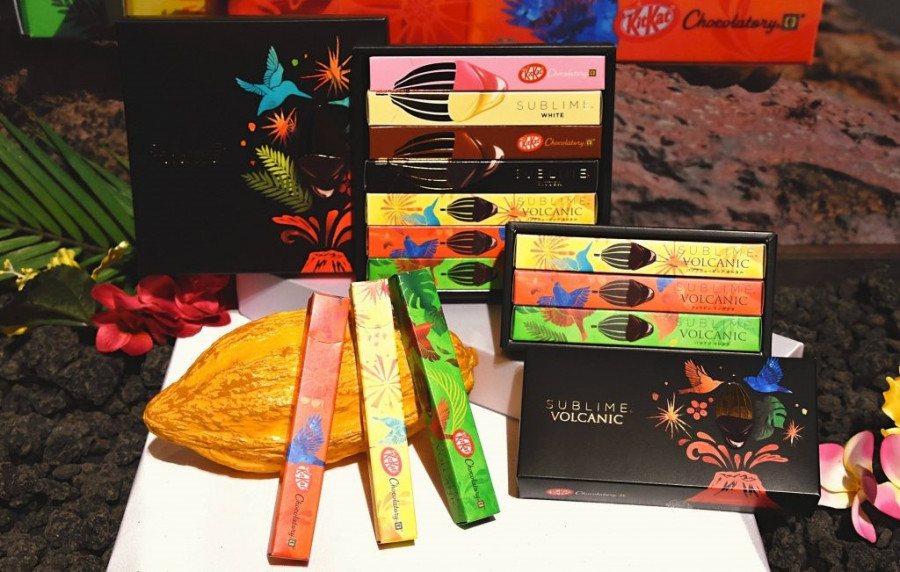 An equally proud Tiphaine echoed similar sentiments, saying they were pleased to see Vanuatu gaining global recognition thanks to cocoa. “We are also very proud to see that the work we have done for two years is beginning to show results. We hope to make ourselves better known by this success and have more recognition to find more outlet for the sale of our premium cocoa. This is also an opportunity to change foreign ideas about the quality of cocoa in Vanuatu. We hope that this will greatly help the development of the cocoa sector in Vanuatu,” she added.

PHAMA Plus strives to ensure gender equality in the implementation of its activities by considering complex gender relations, power and status, and the role of women and men in Pacific households and communities. It was PHAMA’s support that helped link Tiphaine and Barbara with the premium cocoa buyers like Martyn O’Dare, who visited their plantations through trade visits initiated and supported by PHAMA Plus. Martyn, who teamed up with Nestle to produce the volcanic KitKat range, said cocoa was sourced only from PNG, Vanuatu, and the Philippines. He said they would also look at sourcing volcanic cocoa from more Pacific islands.

“The tastes are all very different and complex.” Martyn shared, “Each island gives its own unique taste, however, without “good farming practices” the cocoa would not yield all the essential precursor flavours which we, as chocolate makers, can tease out. This is a perfect example of teamwork throughout the supply chain.”

Barbara explains that this wider exposure to new clients has also boosted their desire to develop new varieties of cocoa that are resistant to disease and offer better yield and quality. “We believe the industry has a brighter future ahead. We can show our harvester the end product (chocolate) and the articles about the chocolates. This helps them to better understand the value chain (bean to bar). The workers are also proud when the name Karkar Island or Kulkul/Marangis is marketed on overseas products. This has changed their thinking and harvest routines as they are inspired to share more of their hard work with the world,” she said.

“Without PHAMA’s input, we could not have gotten so much exposure internationally, and in such short time. Through the (trade) visit and also with help from Hanna Wheaton (PHAMA Plus cocoa advisor) we got connected to Australia, NZ and the United Kingdom. Without PHAMA we would only sell our cocoa locally (to Madang),” said Barbara. 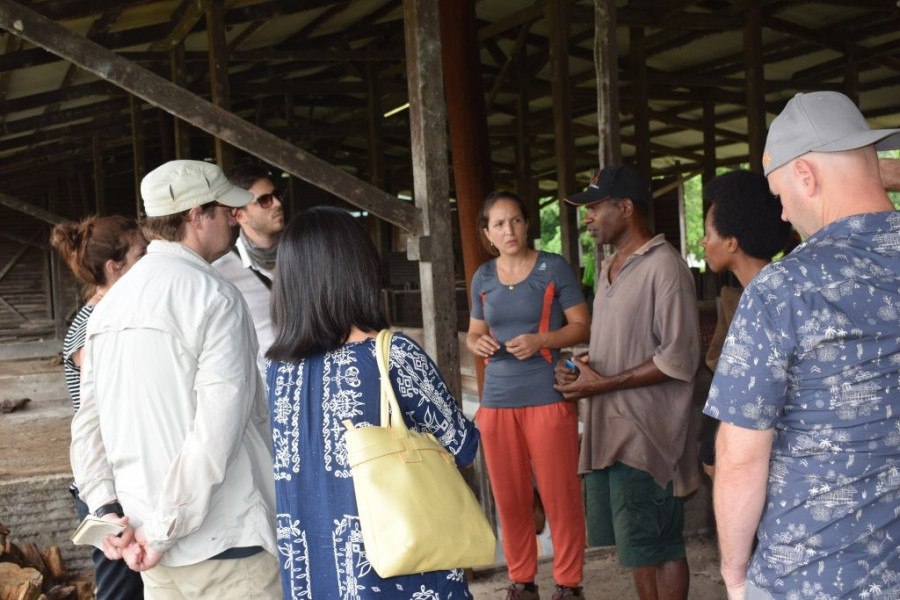 For Tiphaine and Metenesel Estate, Martyn has quickly become their most important client for premium cocoa. “The visit of various potential buyers in April 2017 allowed us to expand our network. During Martyn’s visit last April (2018), I had already sent him a container of six tonnes so he knew our quality, but it allowed him to know the place where the beans come from. It has opened the doors for export with volumes that should increase gradually,” said Tiphaine.

With the discovery and introduction of volcanic chocolate, Martyn says the Pacific will continue to attract new business and help to strengthen and diversify the economy further.

“Farmers need to emulate the existing ‘good farmers’ who follow the good farming practices of planting, fermentation, and solar drying to mention three of the many steps. I think the farmers still need the support of the industry and other influential bodies such as PHAMA to ensure the farmers understand what quality of cocoa is acceptable for this market and what is not acceptable. I would like to think the government could also help in provision of organisation shipping information, background research (heavy metal testing as an example) and fumigation,” said Martyn, concluding “PHAMA has been key in connecting the buyers with the farmers and the logistical partners as getting cocoa from A to B is far more difficult in the Pacific than anywhere else. Without PHAMA, this exciting project would not have happened, or would have taken another decade to start.”

About the project: The Pacific Horticultural and Agricultural Market Access Program (PHAMA Plus) provides practical and targeted assistance to help Pacific island countries manage regulatory aspects associated with exporting primary and value-added products with the goal of improving economic growth and rural livelihoods. This encompasses gaining access for products into new markets and helping to manage issues associated with maintaining and improving existing trade. The program supports Fiji, Papua New Guinea, Samoa, Solomon Islands, Tonga, and Vanuatu. PHAMA Plus is supported by the Australian and New Zealand governments.