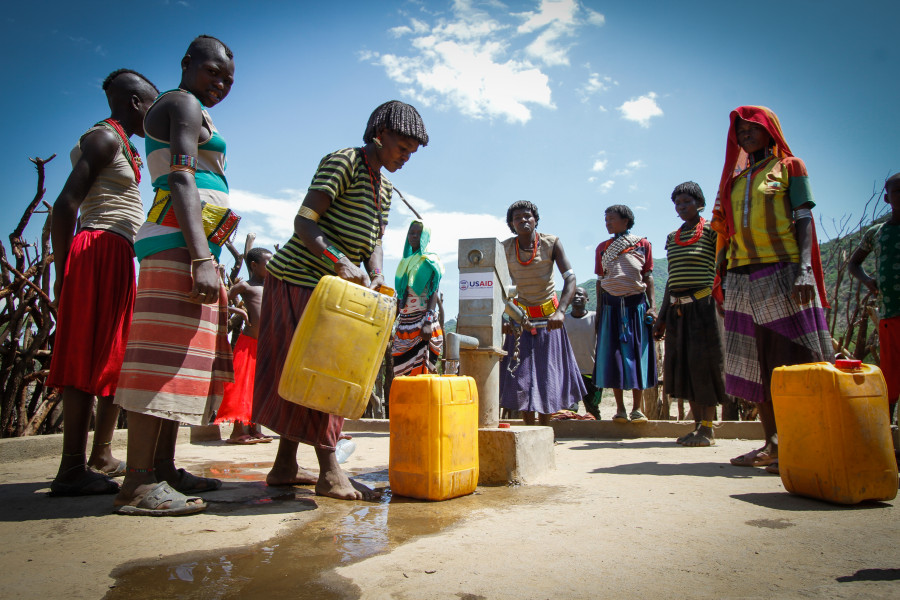 Ethiopia’s lowlands spread in a clockwise crescent around its central highland plateaus. Orange sediment from the volcanic Dinkali depression stretches into scrubland surrounded by flat-topped hills before giving way to greener regions in the south. Beginning in the northern Afar region, spreading west to Somali, and south to Southern Nations, Nationalities, and Peoples’ Region (SNNP), these lowlands are characterized by hot, arid, and drought-prone landscapes.

In these regions, communities—often Ethiopia’s most vulnerable and marginalized—risk being caught in a vicious cycle of food production, drought, and desertification. Too often, the pressure to produce enough food to support your family through the lengthy drought season forces communities to use methods that can lead to deforestation and overgrazing. These methods, combined with poor land management systems and a lack of water, can exacerbate drought and desertification. In turn, this leads to lower crop production and limited pastures for animal grazing, which lowers foods yields and causes the cycle to repeat itself.

Each year, the UN observes Desertification and Drought Day to raise awareness around just these issues, and on how the international community can combat desertification and make land degradation neutrality possible. This year’s theme is “Food, Feed, and Fibre.” While production and consumption of food, animal feed, and fiber, exacerbated by climate change, can drive desertification, individuals and communities have the power to change their consumption levels and production methods to lessen the negative impacts on their environment.

In the case of Ethiopia’s lowland populations, challenges stem not from overconsumption, as in some parts of the world, but rather production methods that strain the environment alongside a critical lack of usable water. USAID’s Ethiopia Lowland Water, Sanitation, and Hygiene (Lowland WASH) Activity, implemented by DT Global, works to mitigate some of these challenges in the Ethiopian Afar, Somali, and SNNP regions.

Clean and accessible water is critical in these regions, and USAID’s Lowland WASH Activity develops and rehabilitates water systems to meet these needs. But new and rehabilitated systems can lead to increased land use around them. If not well managed, this increased use can hamper sustainability and result in overgrazing and limited water supply for downstream users, ultimately exacerbating desertification. To mitigate this, when the USAID Lowland WASH Activity builds a new system or rehabilitates an existing one, we also collaborate with communities to provide comprehensive planning and management support that improves both food production sustainability and water system sustainability. 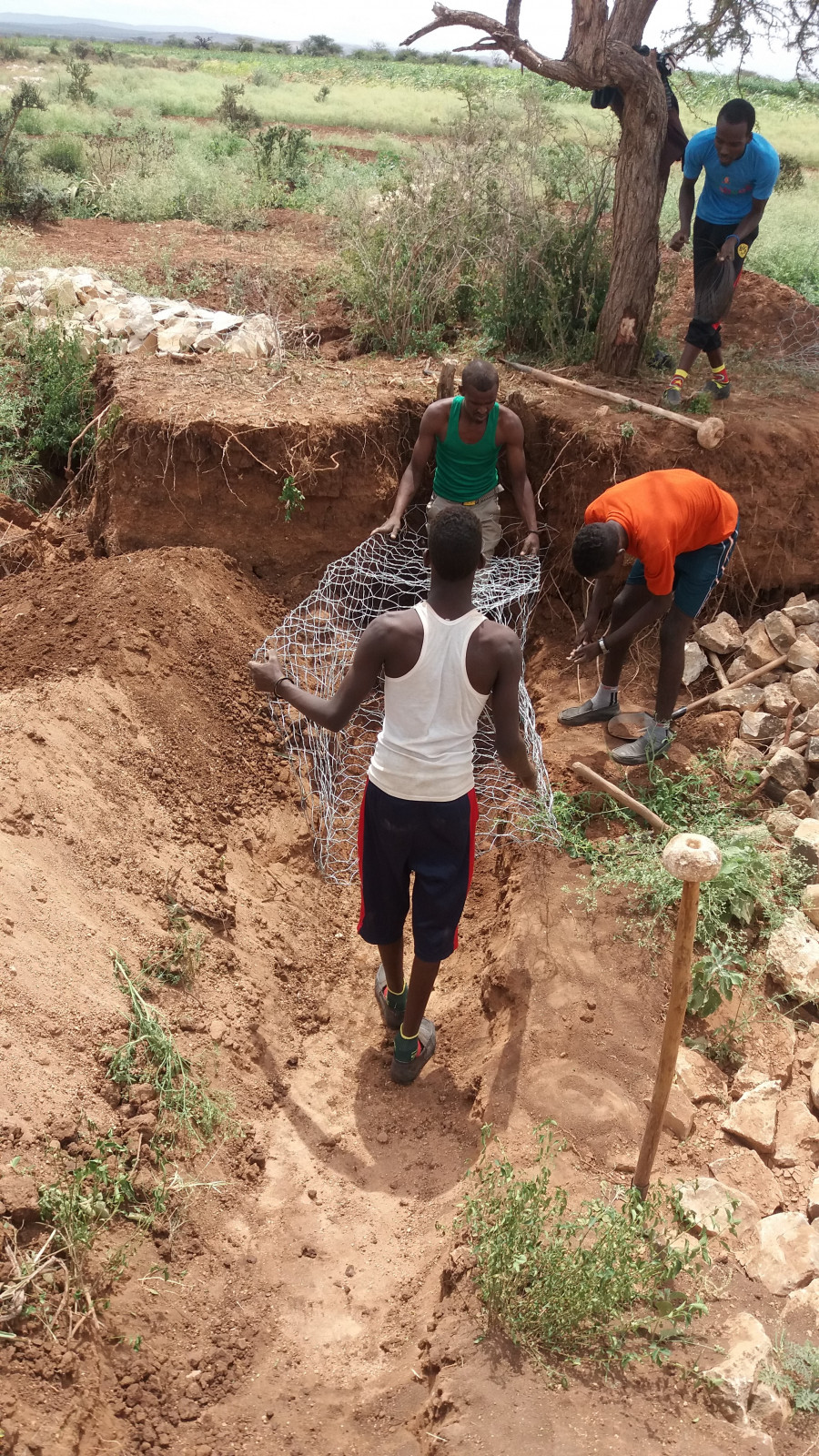 Typically, this involves working with communities to create and implement Natural Resource Management plans with the goal of limiting overgrazing by livestock and erosion by water or wind. Depending on the needs and location of the individual community and water system, plans may include anything from planting more indigenous vegetation around a system to creating soil and stone dams, flood diversion channels, or soil bund terraces.

To move beyond solely physical improvements and increase the sustainability of our interventions, the USAID Lowland WASH Activity also creates Natural Resource Management committees, staffed by community volunteers, to help maintain natural resource measures for the long term. We train committee members in a variety of topics, including soil and water conservation, rehabilitation of degraded lands, and how to create livestock pastures and rotate crops to minimize overuse. To bolster our support for sustainable production practices, we also provide Ethiopian farmers and producers with training on irrigation agronomy, post-harvest management, and irrigation water management. Our efforts have paid off: over the course of the Activity DT Global has created 135 committees and improved the resiliency of water resources and affiliated production methods for over 9,000 hectares (more than 2,000 acres) of Ethiopian land.

Though challenging, at DT Global we’ve seen that sufficient food production and accessible water do not have to exacerbate drought and desertification. With dedicated community training and buy-in, resiliency measures to fight drought and mitigate its effects are possible