A New Market Leads to Brighter Futures for Women in Afmadow 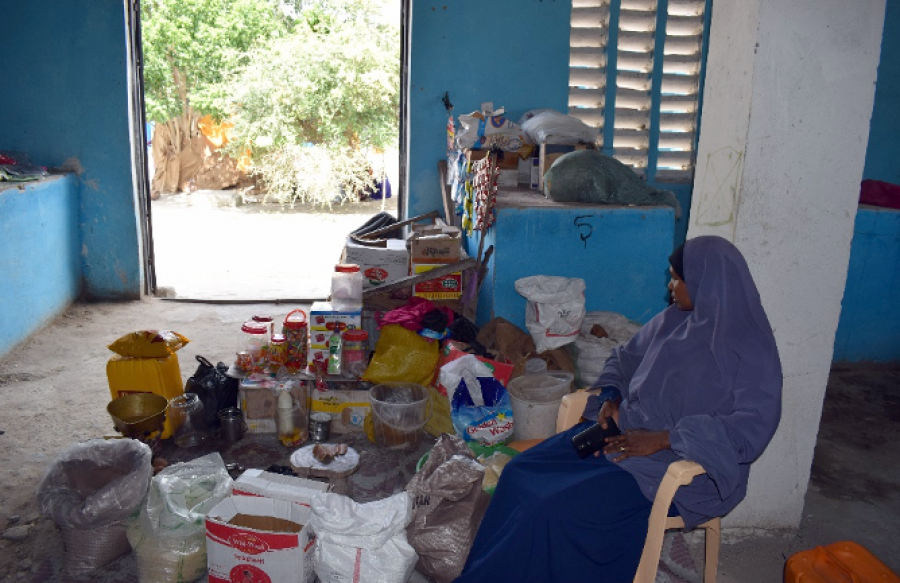 On International Women’s Day and every day, DT Global celebrates the innovation, leadership, and impact of women and women-owned businesses around the world.

In Afmadow District, a poor economy, lack of economic opportunities, reoccurring droughts, and high unemployment rates among women and youth in particular are simply the harsh realities of life in Somalia. Despite these struggles, a woman named Fatuma works hard every day to support her family.

After Fatuma became a single mother following the death of her husband in 2017, and then adopted her nieces and nephews after the death of her sister, she began to wonder how she would ever be able to financially support seven children. Relying on her previous experience selling groceries at the town market, Fatuma decided that she would start her own market stall in the hopes that she would be able to pay to feed her growing family and contribute towards their school fees.

As Fatuma shared, “I had previously been involved in trading groceries. It is a good business but needs much of your time. It would be too hard for me to balance between my family chores and the business. So, I decided to set up a new business trading household goods. This new business gives me time to attend to my elderly mum and kids.”

Unfortunately, the Afmadow Market was a difficult place to start a new business. Since the fall of the central government in 1991, Afmadow citizens like Fatuma have faced numerous challenges, including destruction of government infrastructure and institutions caused by civil war, continuous violence, absence of reliable social service delivery, and widespread human rights abuses from extremist elements such as Al Shabab. In response to this instability, the USAID-funded Transition Initiatives for Stabilization Plus (TIS+) Program – implemented by DT Global - hosted a community consensus building session. During this community session, the lack of a modern market was identified as a key obstacle for improving the local economy. Trade in Afmadow, particularly for women, has been hampered by the dilapidated condition of the local market, which featured run-down stalls and muddy, unhygienic conditions - too-often forcing local business owners to relocate to other communities.

As Fatuma commented, “The old market is overcrowded and not tidy. It doesn’t have good space and ventilation. The stalls belong to individuals and as the only place to trade, they charge a very high rent.”

To address this need, the Afmadow District Administration, through support from TIS+, constructed a new market complete with public toilets, a water point, an incinerator, and a specific Women’s Market. The Women’s Market gave local entrepreneurs and business owners a safe space in which to open and expand their businesses, and the inaugural year alone saw many small-scale businesswomen expanding into selling new products, including clothing and vegetables. 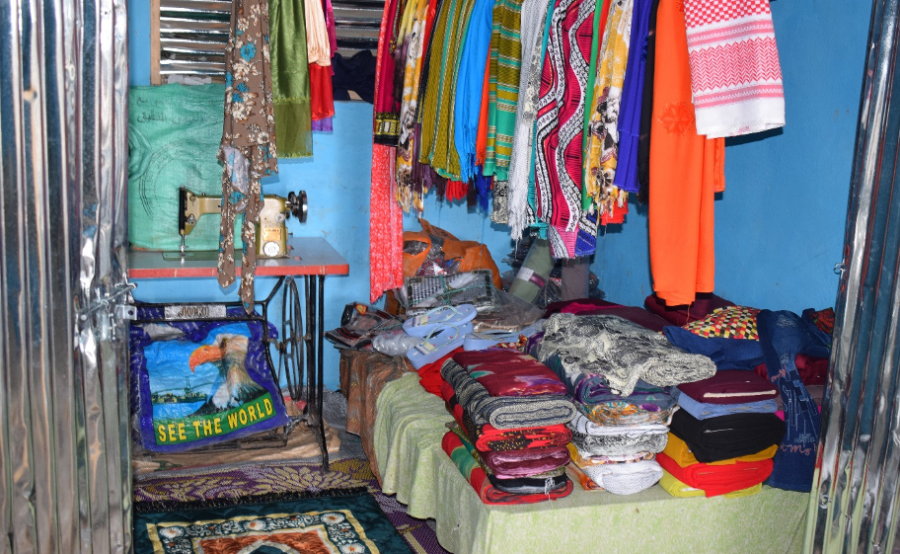 Almost overnight, the new markets helped to promote economic empowerment among community members and women in particular, increased trade, and strengthened stability in Afmadow District. The new stalls were allocated by the Administration office equally amongst the various local clans to ensure fair access to all citizens. In her excitement, Fatuma visited the Administration office multiple times to request a stall once the new market opened.

The new market serves as a trading point for around 100 traders, including Fatuma. The creation of a new center of commerce has already resulted in increased business drawn from shoppers traveling from nearby villages and increased social cohesion and collaboration between the local authorities and the surrounding communities. The local government is being applauded for providing better basic social and economic services, and for creating a more enabling environment for livelihood improvement for the citizens, especially women.

Now able to comfortably support her large family, Fatuma is already dreaming of expanding into the wholesale business. As she happily shared, “The local government support is vital. We know that in the past, there has been an issue with capacity, but the local administration is really improving these days in terms of service delivery. We appreciate every effort they make to help Afmadow community.”