Q&A with Lorik Haxhiu: Building on Kosovo’s Energy Sector Past to Meet its Challenges of Tomorrow 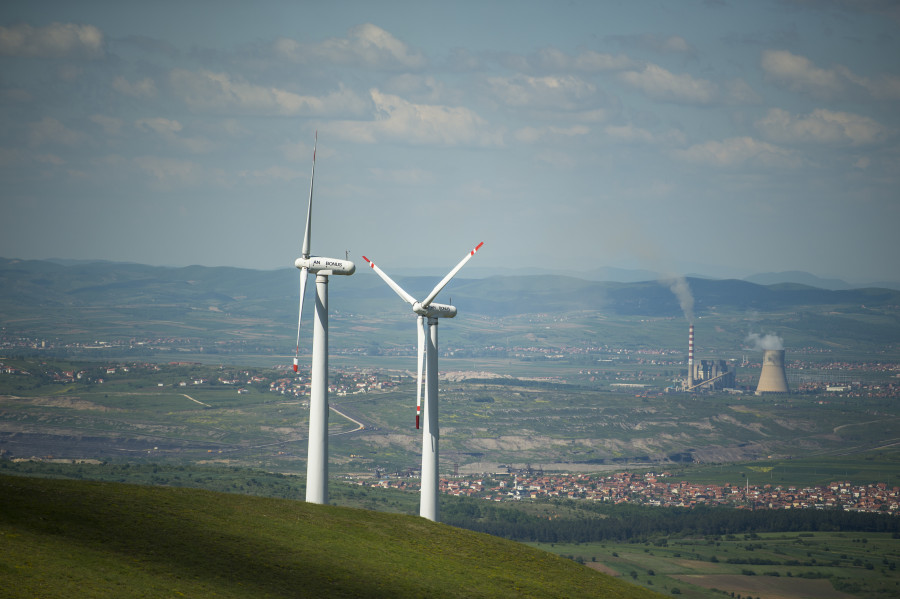 Lorik Haxhiu is an energy expert with more than 18 years of experience managing, coordinating, and liaising on key energy programs throughout Kosovo. Dr. Haxhiu currently leads USAID’s Kosovo Energy Security of Supply (KESS) project, implemented by DT Global. He has worked within the public and private sector to develop and implement Kosovo’s power generation policies, programs, and plants; developed Kosovo’s first Energy Strategy; and served as Director of Mining within the Ministry of Energy and Mining before moving on to work with the World Bank on a lignite power project in collaboration with the Kosovo Ministry of Economic Development. Before joining KESS project he was responsible for preparation of feasibility study for rehabilitation Kosovo B power plant that covers more than 40% of entire country’s energy needs. Here, we discuss with him Kosovo’s energy sector history, it’s current challenges, and how it’s incorporating renewables into its energy sector.

You’ve worked in the Kosovo energy sector for more than 18 years with the public and private sectors. What was the sector like at the beginning?

Everything started from scratch in Kosovo after the 1999 war. The United Nation Mission in Kosovo (UNMIK) was initially responsible for managing the country and that was done through four pillars of responsibilities. Pillar IV was responsible for economy and within this, the energy sector. The UN set up a two-person Energy Office under Pillar IV to develop basic energy legislation and policy, and institution- building, with goal being gradually transfer competencies from UN to Provisional Institutions of Self-Government. In 2004 we accomplished transfer of competencies in energy sector to the Office of Prime Minister, managed to pass three primary energy laws, and established the Energy Regulatory Office. At that time, I was appointed by Special Representative of UN as one of ERO’s Board Members.

After the 2004 local elections, a newly elected Minister of Energy and Mining called me and said, “Would you like to be my advisor?” I joined, and it was the Minister, his driver, and me with my laptop.  Our challenge was to establish and develop the Ministry; to organize its competencies, activities, and sectors; and recruit staff. Over 2005 we organized everything and by the end of the year we had a new ministry, new staff, and new Kosovo Energy Strategy 2005­­­–2015.

What are some of the current challenges in the Kosovo energy sector?

The number one challenge that the Kosovo energy sector faces is in financing projects. Coal is the most viable option for Kosovo’s security of supply (i.e. ensuring all Kosovars have affordable access to reliable energy throughout the day and year) but also the most difficult to finance, for environmental reasons. At the same time there is lot of pressure to develop renewable energy projects, which is difficult in a small country like Kosovo where renewable potential is limited.

Currently, only about 3% of our demand is met from renewable sources, primarily hydropower plants. We do have some wind potential and we see new projects in this segment, including a recently built 32 megawatt wind park and another 105 megawatt farm under construction, but these are intermittent resources. We also have solar potential because of our location in southern Europe and to date some 10 megawatts of a solar park has been constructed. These projects are financed based on guaranteed long-term power purchase agreements, with attractive feed-in tariffs.

Kosovo has no source or pipeline for natural gas and could not feasibly get a pipeline until 2030 or 2035. So in the end, almost our entire system today—97%—relies on very old coal stations (Kosovo A and Kosovo B) as the only reliable source.

Kosovo sits on top of 14 billion tons of lignite deposit. With new coal technology it is possible to reduce pollution to acceptable levels, but you cannot reduce the greenhouse gases like CO2 because that technology is not commercially available. So, while building a new coal station to replace outdated ones can be better for the local environment, it does not help with the climate change issues.

However, a new modern coal can provide policy makers the time to find and afford solutions for going to carbon zero in the mid-term. With a new power station, you can phase out the older, inefficient, and even more polluting power stations, achieve security of supply, and then figure out the best way build renewables. Figuring that out will take time and financing new projects will take at least 10 years from an idea to development. 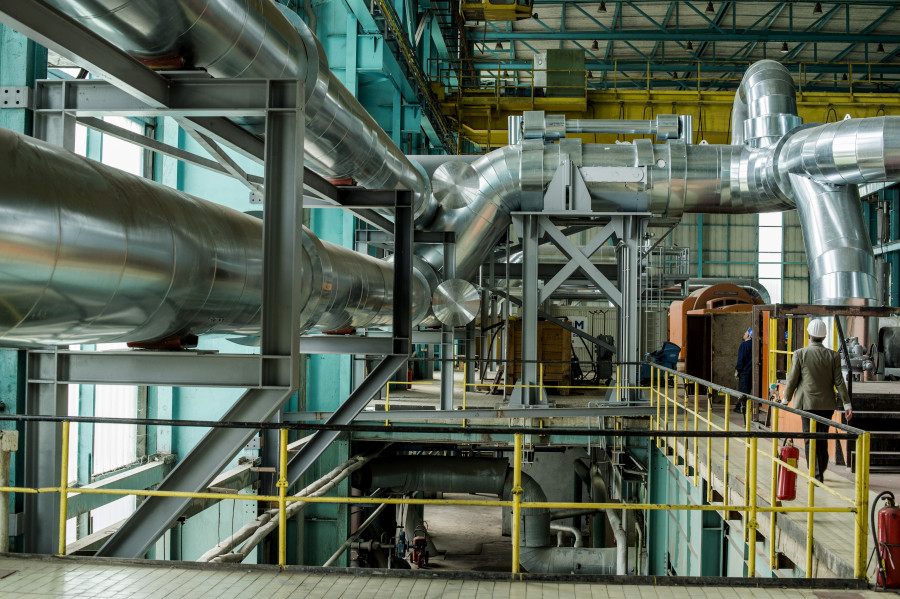 As Advisor to the Minister at the Kosovo Ministry of Energy and Mining, you wrote the first Kosovo Energy Strategy (2005-2015). In 2017, the Kosovo Assembly adopted the Energy Strategy that will take the country through 2026. What are some of the key things you saw accomplished under the first strategy, and what are some of the key areas to work on in the new strategy?

Kosovo has achieved a lot, especially since the starting point was a completely state-owned, vertically integrated utility, meaning that everything from coal mining, power generation, transmission, distribution, and supply was all under one state company. First, we unbundled the vertically integrated utility and brought in new private sector energy projects, both for coal and renewables, which is ongoing today. From one single entity, we have broken down the system to small pieces that now allow for competition and price so that households and businesses can choose their suppliers.

In parallel, we set up the independent Energy Regulatory Office and the Ministry responsible for energy sector, both of which are now full-fledged institutions. We are now part of regional initiatives, such as the Energy Community Treaty that brings Kosovo closer to European electricity market and supports smaller markets with regional countries that can ultimately join the EU market once these countries become EU members.

The next 10 years are going to be even more challenging. The last decade laid the groundwork—like doing your homework to be ready for the real work. And that real work is coming now. The new strategy needs to incorporate ideas and requirements from the EU—things like the Climate Policy 2030, and the decarbonization Strategy 2050. These are going to be the road map of the future for the Kosovo power sector and help us decide how to be fossil fuel free, how to lower our emissions impact, and so forth.

We have a 23% for renewable electricity and about 29% target for all energy demand. Meeting 23%—defined as a percentage of electricity that final customers consume during the year—is going to be a big challenge because currently we are meeting about 3%.

We do have projects which exist or are being developed—as I mentioned the 32 megawatts wind power farm, and another 105 megawatts wind power farm under construction. But the target (23%) is not based on capacity installed, but on the energy consumed. So, for instance, a wind turbine has a 1 megawatt capacity, but it doesn't mean that it produces 1 megawatt per hour constantly though the year, as wind does not blow 100% of the time. You can have a lot of wind or other renewable sources, but their share in supplying the final demand is not as big as something like coal, which produces 1 megawatt per hour over the entire year, non-stop.

To confront this renewables challenge and provide security of supply, energy storage is the big conversation topic now. Batteries are an option for holding power from renewable sources, but they are very expensive, which is tough for any country but especially Kosovo. Apart from batteries, you have hydro stations that can accumulate water and pump storage hydro-power plants and these renewable options, together with efforts to bring natural gas to Kosovo are options currently being explored.

In Kosovo, we also have new legislation that support prosumers (producers and consumers). This means that if you're a household connected to the grid, you can install solar panels on your roof, consume your own energy, push any surpluses to grid, and rely on security of supply provided by the grid.  The affordability of things like installation of solar panels is difficult for an average person in Kosovo, but it is an interesting step and a new strategy.