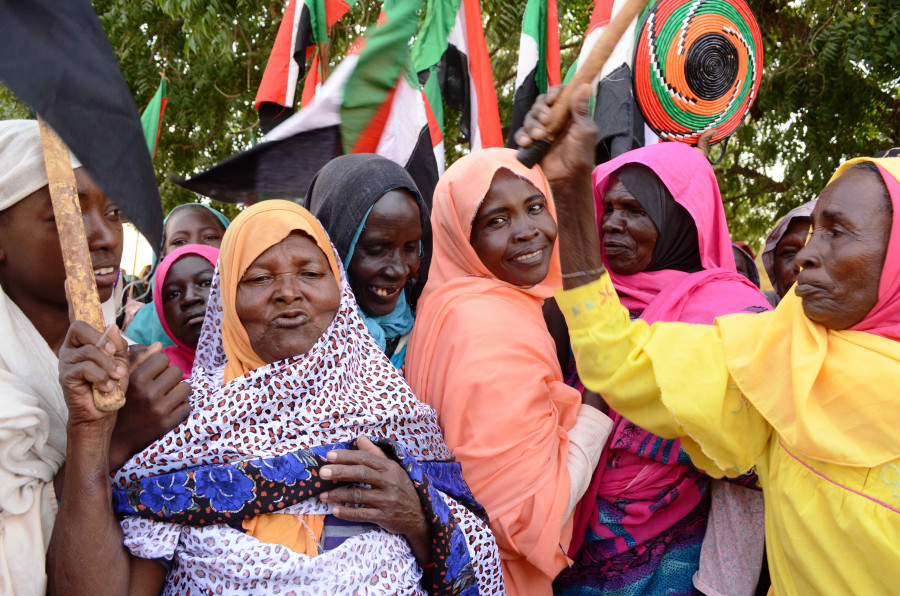 For more than 60 years Sudan and Southern, now South Sudan, suffered from civil strife and war. In April 2019, following four months of large-scale non-violent protests, Sudanese President Omar al-Bashir was deposed after 30 years of autocratic rule. In South Sudan, there is a fragile negotiated peace process struggling to move forward. For the UN International Day of Non-Violence, we sat down with Jason Matus, our Senior Project Manager and Peace Building Advisor, to discuss lessons from Sudan and South Sudan on promoting non-violence.

Sudan and South Sudan have struggled with cycles of violence for years. Why is violence prevalent and peace hard?

Violence is easily rewarded and rarely punished, and peace is complex and often dangerous for the first to commit to it. Violence is a good source of livelihoods, especially for young men, such as raiding cattle or fighting abroad. It also a route to social status. And for opposition groups who can organize a force, it’s a pretty sure path to an agreement and or at least power sharing.

It’s rarely punished. When the perpetrators of violence are in charge of implementation, justice gets overlooked and often sacrificed for short-term stability.  At the community level the traditional mechanisms that have been responsible for justice are easily overwhelmed by the level of violence created by modern weapons. There isn’t enough money or cows in a community to pay the blood money when so many people are killed, so justice becomes out of reach with traditional solutions. Customary systems have been unable to adapt.

Someone fought for the Sudan People’s Liberation Army (SPLA) during the long war with Khartoum said, a few years after signing the Comprehensive Peace Agreement in 2005, that war was easy, peace is really difficult. It’s clearly hard to go make the transition when war was the norm for decades. It’s hard to go from fighting against something and then being responsible to implementing something new, it takes very different skills.

And peace, I mean genuinely transformative peace, is dangerous at the start. Moving back to a town where someone’s family was killed, leaving the protection of a UN camp, returning to a market that was destroyed, or even just traveling down a road is incredibly risky. It involves a level of trust that is hard to find and a level of security that is frankly hard to guarantee. Both local and national agreements have aspects that are transformative, and though these are often passed up in favor of easier wins, they are important tests to ultimate success of agreements and need real efforts.

I’ve come to understand violence in Sudan and South Sudan more as means of survival—personal and political—and rationalized a form of protection, not an explicit pursuit for more power. It gets described as a sacrifice for some greater good, something necessary to protect one’s way of life or one’s ethnic or religious community, and even to protect some skewed and exclusive sense of national identity. This need to protect is compounded by widespread, deeply felt and systemic trauma. It is hard wired into many of the social and political systems. It feeds a sense of victimization and fuels cycles of revenge, making it a really hard cycle to break.

What do you think has worked in transforming from violent to non-violent conflicts?

The first is the involvement of women and youth. Traditionally, inter-communal reconciliation was led by elders, men. We’ve seen the benefits of having more and more meaningful participation of women and youth in peacebuilding. By meaningful participation, I mean organized, informed, representative of a broader view, able to critically reflect on the conflict and their role in it, and able to contribute equitably in a real and safe way. Women have been the first to cross front lines, leave camps, and bridge warring communities. Older women have used their status to shame young men who fight or raid cattle. Young men have been instrumental in finding new ways to engage, through trade or sports, instead of just direct competition over limited resources.

Another important lesson is to focus on customs, not tradition. This creates a discussion on things that are changing. As customs evolve where tradition doesn’t, if the traditional authorities want to remain relevant, they need to adapt, modernize, and open up.

Trauma awareness is also making an important contribution to peacemaking.  It helps people understand that for the traumatized, violence is normal response to completely unacceptable circumstances. It provides an avenue for perpetrators to acknowledge what they have done and seek forgiveness, and for victims to better manage and move forward. The desire to admit guilt and find a pathway back to one’s society was there previously, as some South Sudanese peace practitioners explained to me, but people stopped caring. Trauma awareness has helped put communities and their leaders who have been in conflict in the right frame of mind to negotiate peace.

What is next for the transition in Sudan after the removal of President al-Bashir?

Political transitions tend to conflate two separate aims: ending a bad system and setting up a good one. Probably the biggest factor determining the success of the latter is the nature of the former. Typically, in Sudan and South Sudan, two parties to a conflict have negotiated terms, shared power, and struggled and failed to change from militarized government and a rebel group into civilian-led democracy.

What we’ve just witnessed in Sudan is fundamentally different. A non-violent movement has removed a dictator after 30 years. This has happened before in the 60’s and 80’s but this time seems different, with a larger and more diverse group of people involved and now a clear priority to make peace with the historically marginalized areas of the country.

Even after decades of civil war, the separation of the South, an economic crisis, it was still surprising to see how powerful non-violent action has been. But the challenge of setting up a new system is still there, and deep tribal and religious differences are easily exploitable by those with a lot of money and guns who fear they are losing power in a democratic system.

How should the international community be supporting Sudan now?

The international community also has to change how it works in Sudan.  We need to pause, critically reflect on our role in the old system, and, as stated by Maria Stephan of USIP in her 2015 Aid to Civil Society report, get in a “movement mindset” if we really want to help. The support we provide needs to avoid tipping the scale and undermining the independence and personal and collective sacrifice that was important for the success of resistance movement.

Sudanese can benefit from outside help but how it happens is important.  We’ve been challenged especially by youth groups, who don’t trust authority asking, why the US wants to help them and what they are supporting if they take our assistance. How they make meaning of the assistance we provide, how they come to understand why they receive it, needs to be up front during this complex time. For me, this is a quick and steep learning curve to catch up to the Sudanese. It’s far too early to talk of what the Sudanese have achieved but momentum is moving in favor of those who want real change.

About the author: Jason Matus is a development professional with over 25 years of humanitarian, peace building and post-conflict recovery experience with USAID and its private sector and non-governmental partners, the European Union, the United Nations, and the World Bank. He has worked extensively in Sudan and South Sudan as an advisor, coordinator, livelihood analyst, project manager and in support of peace initiatives including the Comprehensive Peace Agreement. Mr. Matus served as an advisor in Sudan to USAID, UN and the donor-led Three Areas Steering Group comprising the main European, North American and Japanese donors. Currently, he works with DT Global as a Senior Program Manager & Peace Building Advisor for transition and conflict mitigation programs.