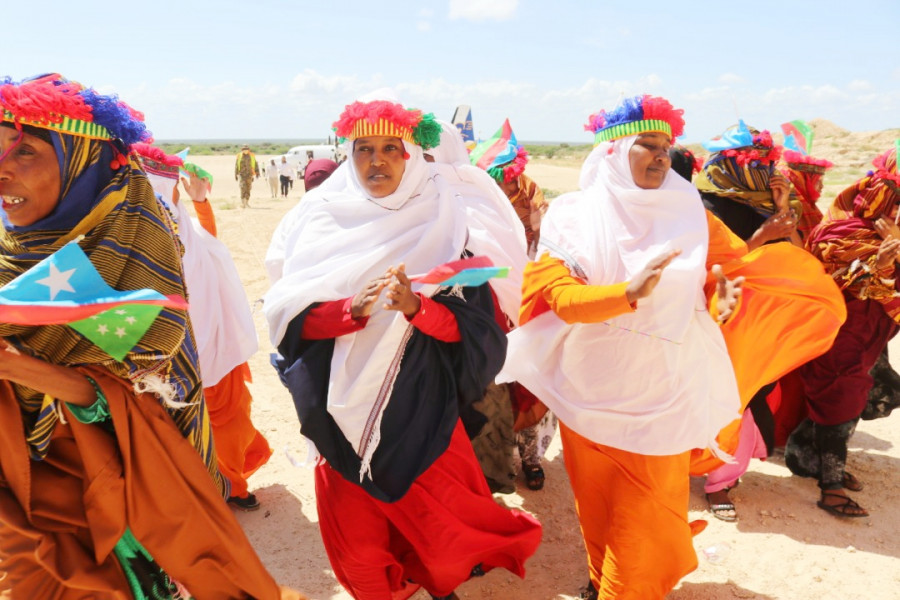 DT Global implemented USAID’s Somalia Transition Initiatives for Stabilization Plus (TIS+) Project, contributing to improvements in stability in Somalia, from May 2015 – August 2021. TIS+ successfully carried out activities throughout Somalia designed to reduce the influence of violent extremist organizations and consolidate stabilization gains in priority stabilization areas. To celebrate the close of our program, we’re documenting 10 best practices DT Global and TIS+ learnt over these six years. These lessons are intersectional and build on each other. While focused on Somalia, they also contribute to a broader conversation within the stabilization community about best practices.

1. Prepare for and Anticipate Backsliding

Stabilization in fast-moving and ever-changing contexts like Somalia rarely moves in a linear direction. While TIS+ saw notable progress in many of its target locations along the stabilization continuum, others experienced repeated cycles of significant backsliding events, often outside the control of the program. Programs should prepare for these setbacks and look for opportunities to support locations that experience these regressions, as well as to hold and build areas that do not, through consolidation of initial security and stabilization gains. As stabilization programs are often the first on the ground witnessing this backsliding, they can also raise the alarm and contribute to Mission- or USG-wide strategic thinking about how to respond.

Stabilization programs with intentionally flexible mandates can be tempted to respond to all crises—both natural and man-made—as they unfold, a challenge TIS+ grappled with throughout the life of the project. While these activities can be impactful at the individual level, TIS+ found the best results came from sustained engagement in a geography, not in responding to short-term or one-off needs that did not build towards achieving the Program’s goals. Future programs should closely consider whether potential activities represent reasonable opportunities for stabilization programming or simply respond to developing situations.

Good stabilization programming does not limit itself to certain tactics or approaches. Instead, it looks to use every available tool, understanding the “Why” or strategic rationale for specific interventions rather than focusing on just the “What” or activity type. On TIS+, this meant clearly articulating the strategic rationale, particularly behind infrastructure activities, prior to their execution and pairing those with soft activities that together contributed to similar outcomes. For example, rehabilitating a local Administration office on its own appears to primarily benefit the government that works there. However, if you consider the “Why” of this activity—bringing the government closer to the community, allowing space for service provision, providing a forum for community gatherings—activities can have a much larger impact, particularly when paired with good implementation practices that foster community involvement. TIS+ staff learned to not limit their thinking to infrastructure vs other intervention types, but rather to implement a properly sequenced and layered blend of multiple activity types for greater impact.

Through tracking key indicators of stabilization in the areas in which the program worked, TIS+ saw how national and regional political dynamics impact local stability. For example, following the continued delay of the planned 2020/21 elections eventually leading to an outbreak of violence in Mogadishu in April 2021, tracking showed a feeling of greater insecurity and pessimism across most indicators and locations—even those far from the capital. Local stabilization efforts need to be accompanied by diplomatic efforts that seek to resolve national and regional political conflict.

Stabilization programs need a fundamental political consensus and foundational security to implement successful interventions. TIS+ learned this lesson when implementing difficult activities such as rehabilitating roads in the Lower Shabelle Region’s Wanlaweyn District and forming a District Council in Bakool Region’s El Barde District. Both locations lacked a fundamental political consensus, leading to an absence of the foundational security and clan cohesion necessary to build impactful activities. Without these settlements, TIS+ struggled with political actors and other stakeholders that were invested in the interventions and sought to interfere with progress. Future programs should look closely at whether the situation is ripe for stabilization activities and be ready to walk away in a timely fashion if it is not.

6. Invest in Contextual Understanding and Research for Better Responses

Throughout program implementation, TIS+ emphasized contextual understanding at all levels of the activity cycle. TIS+ utilized a combination of formal and informal methodologies to ensure accurate and up-to-date contextual knowledge. This research was multi-pronged, central to program planning, and comprised of iterative and real time PEA to guide strategies and operational plans. The right combination of leveraging the knowledge of an intentionally diverse staff and well-targeted and timely research allowed for cost effective and localized contextual knowledge that enabled quicker and more impactful activities. It also allowed TIS+ to share topic and location specific information with select stakeholders, improving stabilization programming beyond an individual project level.

7. Marginalization is an Intersectional and Localized Issue

While marginalization follows some expected pathways—women, youth, people with disabilities, and certain clans all experience significant marginalization—TIS+ noted that marginalization based on clan did not always follow the team’s assumptions. Sometimes nationally powerful clans were marginalized in specific locations or in particular walks of life, creating risks of conflict disrupting hard won peace. Questioning these assumptions about marginalization and elevating voices of marginalized clans that were not always included in decision making prevented them from becoming spoilers. In order to avoid these scenarios, it is important to apply a contextual lens to viewing marginalization.

Security is the most important service that Somalis demand from their government. While stabilization programs cannot create the initial security atmosphere that is needed for engagement, once this baseline is achieved, programs can contribute to further improving community security through certain activities including the installation of solar streetlights, brush clearance of key roads, and fostering relationships between security forces and communities. Results from TIS+ impact assessments confirm the success of these activities in building trust in security forces and their capabilities particularly in Janaale, Lower Shabelle Region. The improved security in the town was one of the key factors respondents identified as contributing to the positive trajectory of Janaale’s recovery over the final year of TIS+.

Sustainability in Somalia has always been a challenge for stabilization programming. The changing tide of local government priorities, a lack of investment by communities, or a shortage of maintenance capacity can all impact the longevity of both infrastructure and non-infrastructure investments. A proper degree of community investment, ownership, and oversight is one way to ensure the sustainability of activities. TIS+ fostered community ownership by involving community members throughout the planning, procurement, implementation, and handover/maintenance stages of activities. These efforts empowered communities to continue to manage infrastructure resources after TIS+ left the area.

10. Stabilization Must be a Shared Venture

Stabilization programs undertake inherently risky activities. For this endeavor to be successful, a collaborative relationship and unity of purpose must exist between USAID and the implementing partner. In this relationship, both sides should share equally in failures and success, hold each other accountable for mistakes, and create space for the hard lessons learned conversations that allow for improved future programming. This open and united relationship also allows for wider communication of lessons learned and successes, both on a Missions-wide and stabilization community level. TIS+ successes, particularly in its flagship resource mobilization, community consensus building, and activity sequencing and layering, could not have been as impactful without a strong relationship and well-coordinated communications across the stabilization community both by USAID and TIS+. DT Global takes great pride in its partnerships with USAID to bring greater stability to Somalia.