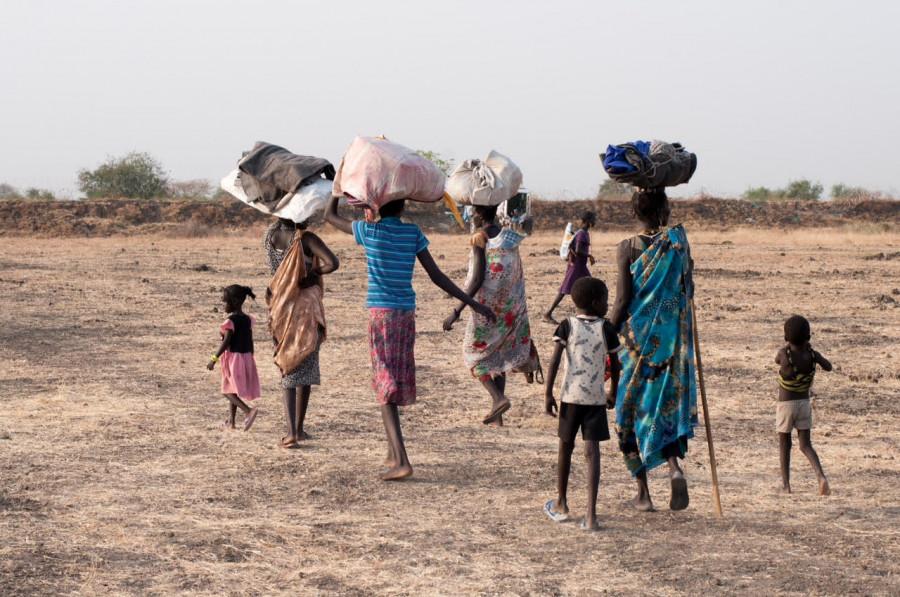 Recently, the Alliance for Peacebuilding held their annual PeaceCon@10 conference, drawing together over 1,600 people from 120 countries and from all political, ethnic, racial, gender, and economic backgrounds. Every person in attendance shared the same passion and belief that peace is possible. But while we implement programs that seek to build lasting peace, we must also act against the factors that destabilize communities and worsen conflict.

Alliance for Peacebuilding’s hashtag for the conference posed a challenge to all attendees:#RiseToBuildPeace. For me, that means redefining what peacebuilding is and elevating and amplifying the voices of and decision-making authority to those most affected by conflict and violence. And those most affected by conflict and violence are also those most impacted by the enabling and exacerbating factors fueling violence. So, by focusing our work at the local level and addressing the factors that instigate and intensify conflict, we can ensure participation by and consideration for the most vulnerable populations, creating a foundation for communities to rise to build peace.

A poignant theme throughout the conference was the role climate change plays not just as a risk factor for violence but as an instigator and inciter of violence. The evidence amassed by scientists and researchers is compelling and confirms that if we do not act now, the results around the globe will have devastating impacts.

At DT Global, we have seen it firsthand in our programs in Afghanistan, Sudan, South Sudan, Somalia, Papua New Guinea, Yemen, and countless other states and regions that are facing heightened food insecurity, destruction of livelihoods, devastating floods, and mass displacement. We are intentionally aligning our programs across sectors so that conflict prevention is a core component of our work. Currently in South Sudan, through our USAID Shejeh Salam peacebuilding program, we are calibrating our work to ensure our activities promote conflict prevention and, where possible, build resilience to shocks and stresses that often fuel violence, including addressing resource scarcity, loss of livelihoods, and the detrimental effects climate change has on social and economic structures.

For instance, in Panyijiar County, South Sudan, farming activities have been affected by climate insecurity which in turn has fueled conflict between rival tribes over resource scarcity, perpetuating cycles of revenge killings and cattle raiding by armed youth. To break the cycle, DT Global broadened the livelihood skills of youth so that they were not as reliant on farming. We implemented a training on fishing methods to 100 youth, including 20 women. The training taught them new fishing techniques coupled with the use of modern fishing equipment which led to increased fishing outputs. While the activity was focused on strengthening alternative livelihoods in response to climate change, the training brought together youth from rival communities allowing them to socialize, learn, and work toward achieving a common goal of economic security.

Similarly, COVID-19 is exacerbating conflict between communities where those in power manipulate populations and pit groups against one another using disinformation. All too often we see the political elite maintaining control over social and other forms of media to adapt the messaging to suit their agenda. The lack of information and, in some cases, presence of misinformation results in stigmatization of targeted and marginalized groups, in particular, those displaced or living in environments where protecting themselves from contracting the virus is near impossible. This tactic foments a culture of fear which is being leveraged to incite anger and, in turn, violence. Our ability to rapidly shift programming is paramount; our approach needs to be as fluid and adaptable as the environments in which we are operating.

For instance, on our USAID Towards Enduring Peace in Sudan program (TEPS), DT Global quickly pivoted its programs in response to COVID-19 and worked to spread accurate information and combat misinformation regarding the pandemic. TEPS supported the National Emergency Committee to develop a web-based information management tool, and supported a national TV and radio media campaign and interviewed experts to disseminate reliable information on COVID-19. Recently, to address the economic impact of the pandemic, TEPS supported women in the informal sector by providing equipment and financial literacy and business training to enable them to start businesses and overcome the economic challenges they were facing.

Those of us lucky enough to participate in PeaceCon@10 had the opportunity to listen to inspiring activists, academics, scientists, development practitioners, and policymakers, all warning us of the impending consequences if we don’t change our approach toward how we design and implement programs. The evidence is compelling—now our actions need to be equally brave and impactful.

The task of rising to build (and sustain) peace is multi-fold and a shared responsibility amongst all of us. At a minimum, we must address the exacerbating factors that serve as risk factors for violence, and we must center the local beneficiaries as the experts best suited to determine what peace looks like for their community. It’s not only the activists, scientists, policymakers who must rise; the people for whom this work is done must be given the chance and support to also rise. We have the ingenuity, knowledge, and the tools to rise to build peace; we only need to seize the opportunities, be brave, take risks, and trust in local communities as they know best what peace is to them.