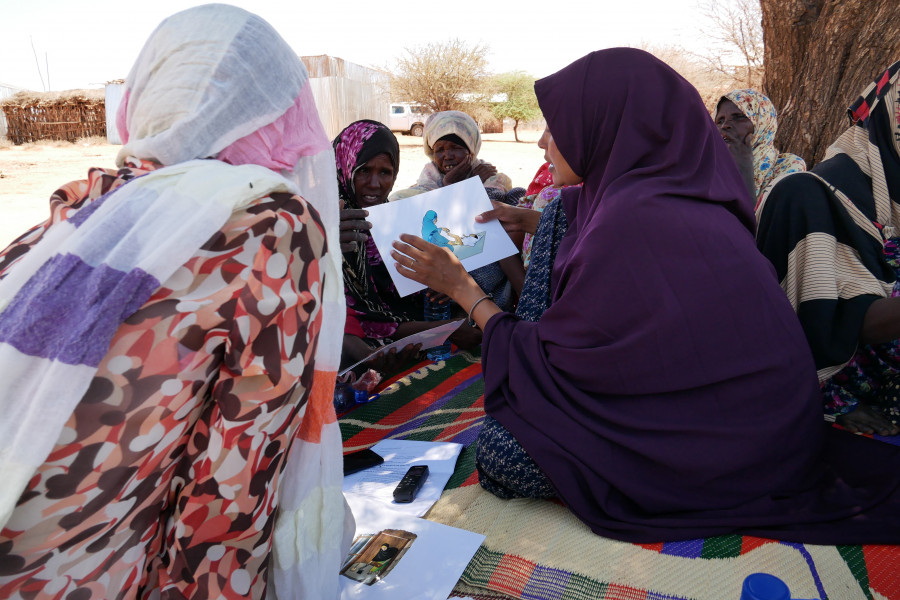 No matter where you used a bathroom recently, it was probably safe, clean, and flushable. But billions of people globally lack access to improved latrines and millions instead practice open defecation. In Ethiopia’s Lowland regions of Afar, Somali, and Southern Nations, Nationalities and Peoples (SNNP) this issue is critical: up to 21% of people are without latrines. According to DT Global Senior Director of Water Services Ian Moise, “This lack of latrines perpetuates the cycle of disease and poverty, especially in young children with developing immune systems.” Given this reality, ending open defecation is a priority.

The Community-led Total Sanitation (CLTS) approach emerged in the early 2000s as a method to prevent open defecation by encouraging the construction and use of toilets through behavior change. The CLTS methodology incorporated the learning that simply building toilets or providing funding to build toilets does not, in and of itself, guarantee their use.

Instead, CLTS encourages an alternative: communities build and use latrines through a participatory behavior change process that encourages communities to assess their current sanitation practices, recognize health implications (triggers), and eventually build their own latrines. In Ethiopia, the CLTS methodology also incorporates lessons around better hygiene practices and is known as CLTSH.

Complex challenges in the Ethiopian Lowlands

CLTS and CLTSH have been used around the world. But the USAID Ethiopia Lowland Water, Sanitation, and Hygiene Activity (USAID Lowland WASH), implemented by DT Global, found that the standard CLTSH package used in other parts of Ethiopia isn’t always effective in the Lowlands. Through our assessments, we identified a number of challenges:

Taken together, these factors mean that traditional CLTSH approaches that rely on fear and shame around disease and death are less effective in Lowland communities. So, what does work? The USAID Lowland WASH Activity decided to find out, and used what we learned to adapt traditional CLTSH guidelines, winning the USAID Collaboration, Learning, and Adaptation Case Competition in the process. 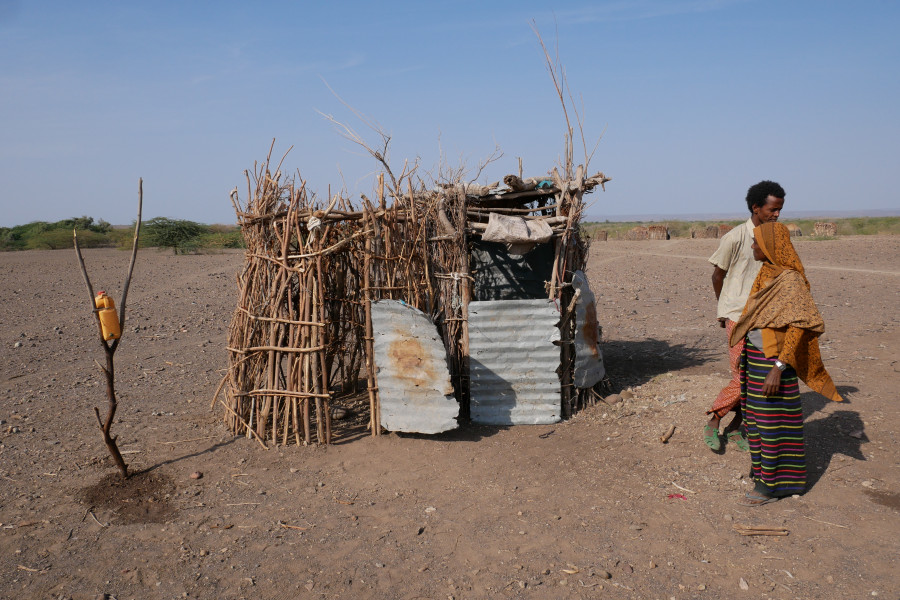 Pride over shame. Traditional CLTSH approaches use shame as a motivator for behavior change. Not only are there ethical implications to this, but the approach is not always effective. For one thing, in the extremely arid Lowland regions, open defecation doesn’t result in moist, foul-smelling areas to feel shame over—fecal matter dries quickly in these areas.

Instead, USAID Lowland WASH evaluators found that pride and a sense of responsibility are strong motivators to improve sanitation. Citizens of open defection free (ODF) villages (defined as villages where no feces are exposed in the environment and everyone has access to safe disposal for feces) felt responsible for the improved sanitary conditions of their homes and pride in their ability to achieve these changes. They mentioned words like “clean,” “nice,” “neat,” and “attractive” in connection to themselves, their homes, and their villages after Lowland WASH’s CLTSH work.

Livestock, not cash, is king. For pastoralist communities, livestock functions as the primary source of cash and food. It is critical to understand this reality and account for it when designing any type of program that asks community members to divert scarce resources towards goods unconnected to livestock (such as latrines). The constant necessity to keep livestock fed and watered also accounts for the primacy of movement for these communities—which in turn lowers interest in anything stationary.

Migration changes everything. Since nomadic movement is a necessity for Lowland pastoralist communities, CLTSH in the Lowland regions must take into account this reality to be successful. For instance, the hunt for reliable water for livestock is a key reason for pastoralist movement. Improving reliable water supplies (though not typically a component of CLTSH) can help limit nomadism by addressing livestock needs and can provide enough extra water to begin to work on sanitation and hygiene concerns, such as handwashing.

To facilitate the community engagement necessary for CLTSH work, it’s also important to consider nomadic patterns and to account for where communities will be and at what times. The USAID Lowland WASH CLTSH evaluators underscored the importance of nomadic patterns when they found that sedentary communities, despite often being poorer than nomadic communities with livestock, gave higher priority to latrines or other household improvements because they are not constantly moving.

Women are a key part of the CLTSH puzzle. Women are often excluded from decision-making in pastoralist communities and burdened by domestic work (water fetching, small livestock grazing and watering, childcare, cooking, and firewood collection), so it can be difficult to engage them in CLTSH efforts. But women are often less mobile than men, and because of this, can be a component of effective CLTSH processes and ODF maintenance. It’s important to find gender-sensitive techniques to involve women in the CLTSH process, including deploying the right community workers to interface with women. 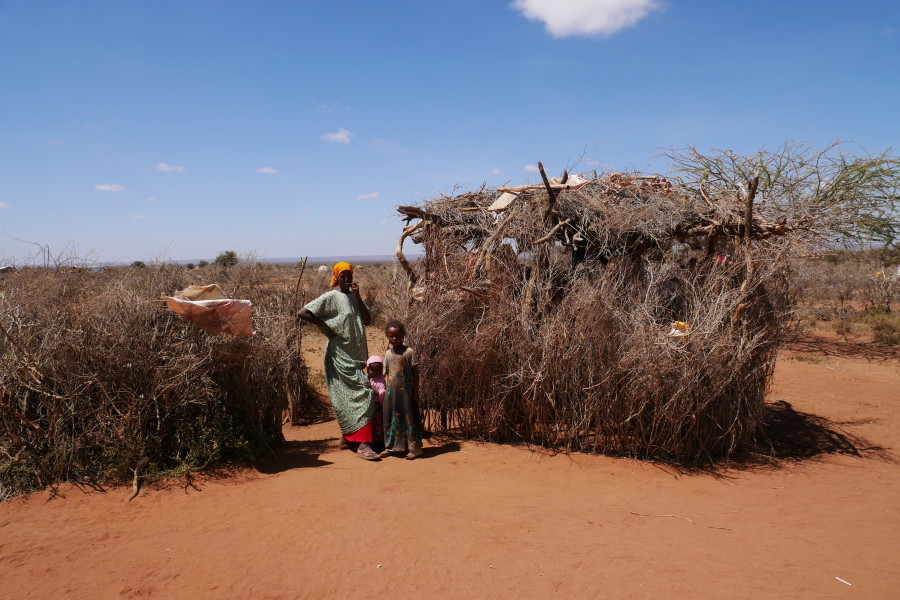 By working closely with Ethiopian local government, volunteers, and grantees, USAID’s Lowland WASH Activity was able to identify and analyze the challenges specific to the Afar, Somali, and SNNP regions. Using this analysis, we created tailored, localized sanitation solutions for Lowland communities resulting in ODF status for 126 communities. Over 53,000 households constructed their own latrines—providing nearly 278,000 people with access to sanitation facilities. The Activity also provided the Ethiopian Ministry of Health with evidence-based suggestions and feedback on the national CLTSH guidelines.

Everyone deserves access to sanitation and hygiene that respects their needs, priorities, and dignity. By carefully listening to community needs, the USAID Lowland WASH Activity was able to support actionable and lasting steps for improved sanitation and hygiene. These steps improve health and, according to Moise, “bring communities into cycles of health and well-being,” that ultimately leads to a better future for all.