Stories from the Vault: Egypt’s Agri-Market Company – From Idea to Export Enabler 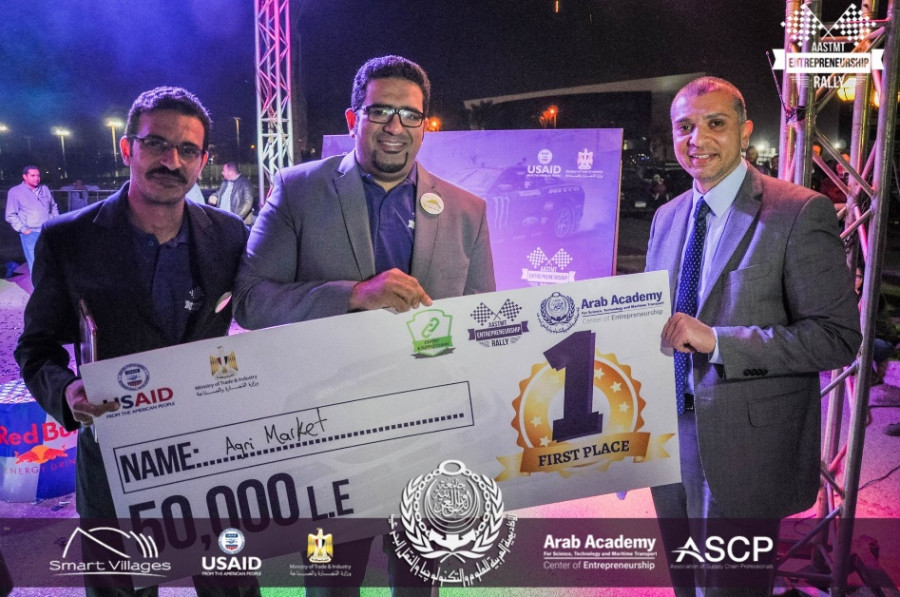 With access to the Suez Canal, one of the most strategic waterways in the world, the Egyptian agricultural market offers farmers, big and small, the opportunity to see their economic potential grow exponentially. Agriculture is a major component of the Egyptian economy, contributing up to 14.5 percent of the GDP, and 28 percent of all jobs. According to the Egyptian Agriculture Export Council, agricultural production in Egypt accounts for roughly USD $2.146 billion in exports almost equally distributed between surrounding Arab markets and across the European Union.

However, large farmers dominate the agriculture sector due to their ability to produce high volumes of agriculture for local and export consumption. This poses challenges for Micro, Small, and Medium Enterprise (MSME) farmers to compete in the export market, often resulting in a significant profit lose.

As a first-place winner of the Egypt Entrepreneurship Rally, the company Agri-Markets received a 50,000 EGP award, enabling them to develop their startup idea into a launch-ready platform. Its aim was to combat the challenges MSME farmers face in the export market. Diaa Mohamed, founder of Agri-Market, thought of the idea when he realized that MSME farmers were not reaching their full potential due to lack of communication between local suppliers and international buyers or consumers. Diaa envisioned that using technology to enhance communication on both sides would help MSME farmers to generate more profit and ensure the sustainability of their businesses.

Agri-Market offers a first of its kind portal dedicated to promoting Egyptian agricultural products in foreign markets. Addressing a serious awareness gap, Agri-Market’s goal was to increase the understanding of MSME farmers to the export markets available to them, create market linkages, and encourage inter-farm networks aimed at increasing exports. The portal was designed to offer farmers the opportunity to create profiles on which they can directly market and sell their products to large scale vendors and merchants. The site also informs farmers of local exhibitions, workshops, and festivals where they can sell their products. The portal focuses on a range of agricultural products: field crops, fruits and vegetables, fodder crops, medical and aromatic plants, decorative plants, and processed foods.

According to Diaa, the Agri-Market portal received many views since the competition and helped to increase sales for local farmers since it was launched, and has been working on mechanisms for farmers to upload certifications for farmers to show they have met international standards.

Over the course of the USAID SEED project, it supported the growth of businesses like Agri-Market and promoted entrepreneurship by bringing together entrepreneurs from across Egypt and providing them with valuable trainings, business plan feedback, and seed funding to translate ideas to business ventures.