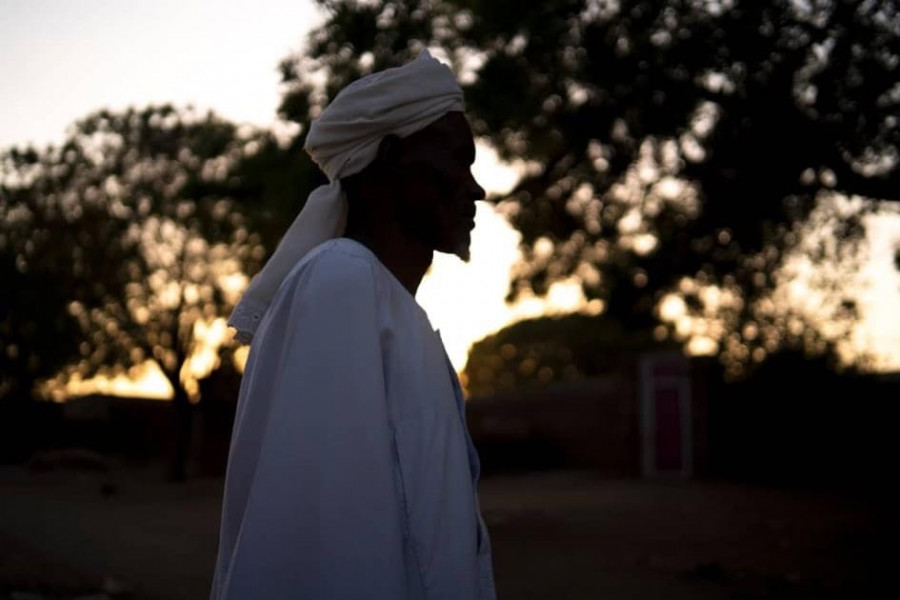 In a society where men are expected to be strong, admitting your emotional scars can be considered weak, feminine and even cowardly but across Darfur that is slowly changing as communities embrace their experiences and find healing, acceptance and resilience. Following over a decade of war, communities are learning to deal with the trauma.

“When my three brothers were killed in front of me, I lost all hope to live,” said Sherif Daldom from Geneina. “I would wake up in the middle of the night with nightmares but in the morning I try to act strong and pretend I am ok because I have to take care of my family.”

Sherif is not alone, most of his community members witnessed grave atrocities during the major armed conflict in the Darfur region of Sudan that began in February 2003.

Omda Abdul Rahman, a prominent leader in West Darfur who has been working to promote social cohesion and acceptance among his community said, “I participated in the workshop to help raise awareness, but I was surprised that it also became a safe haven for me to find comfort and the confidence to talk about my own experience.”

The USAID Towards Enduring Peace in Sudan (USAID TEPS) program, implemented by DT Global, is helping community members across Darfur deal with traumatic experiences through the Trauma Awareness and Peace-building Project: a series of activities and small-group discussions that are engaging survivors and focusing on promoting recovery and social inclusion.

“I never realized that speaking about what I saw can help me deal with it,” Sherif adds. “I will never forget what happened to my brothers but at least I am able to talk about it and this is helping me to live a normal life again and trust people.”

From 2021 until now, USAID TEPS assisted hundreds of survivors to deal with symptoms of trauma, some of which already manifested in a form of post-traumatic stress disorders (PTSD). Although managing PTSD usually requires clinical intervention, the opportunities provided by USAID TEPS Trauma awareness interventions create a safe space for individuals and communities to deal with painful memories of violence, terror and loss, hence building a foundation for healing and reconciliation.

“Long-term conflicts not only divide societies but also cause multiple emotional wounds on individuals and groups. The war and conflict in Darfur has lasted for almost two decades now. It’s left the entire society devastated with individuals and groups experiencing emotional wounds caused by the pain of grave violations that were committed against them or their families and loved ones. Achieving peace in Darfur ultimately requires interventions that pay attention to healing trauma and restoring relationships,” says Dr. Shiphrah Mutungi, DT Global Trauma Healing Consultant.

Mutungi adds, “The trauma awareness and peace building workshops, which are based on Strategies of Trauma Awareness and Resilience (STAR) Curriculum from Eastern Mennonite University are designed to enable individuals to deal with the impact of trauma and facilitate individual and collective healing as a foundation for peace and reconciliation across all five Darfur states.”

Despite the many challenges, USAID TEPS supported trainers by conducting a series of training of trainers in the Trauma Awareness and Peace-building Project who were then able to spread out the knowledge in the affected communities. To encourage transitional justice, USAID TEPS is also supporting paralegal volunteers to help the victims to file lawsuits against the aggressors.

“Meaningful conversations are important for both victims of violence and perpetrators if we are able to find peace,” said Fatma Musa, a widow and mother of five. “I look forward to attending these workshops and sharing my own struggle and realizing that I am not alone.”

By providing community members like the Omda, Sherif, Fatma, and others with the opportunity to help themselves and those around them, USAID’s TEPS program in Sudan is strengthening the foundation for democratic and peaceful Sudanese development by promoting stability and establishing a basis for longer-term development and promoting peace throughout the region.

*Some names have been changed to protect identity