Why It’s Important to Integrate Gender Into Program Objectives 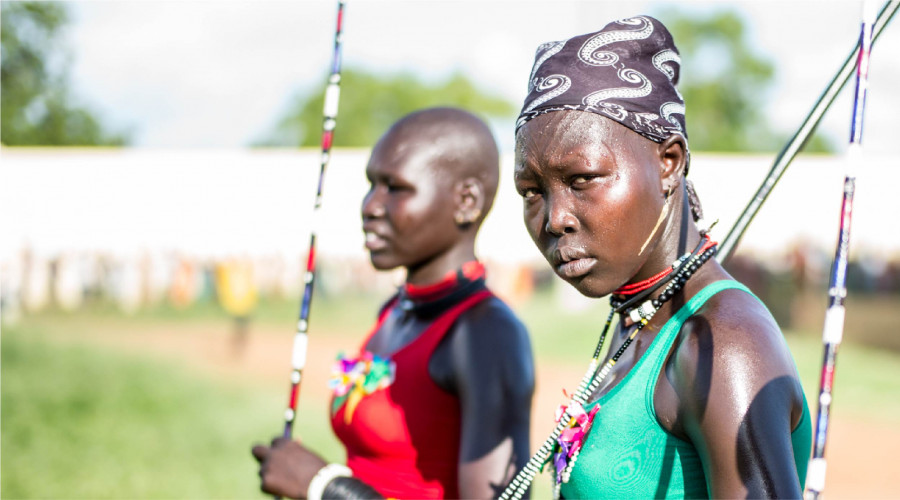 It has been demonstrated over and over that the inclusion of women in peace processes leads to a longer lasting peace, and that the inclusion of their voices in conflict prevention efforts leads to more durable results. Yet, the discussion, and hesitation, around the role of women in peacebuilding is ongoing. The United States government has tried to solve this issue through legislation and policy with the passage of the Women, Peace, and Security Act of 2017 and the US Strategy on Women, Peace, and Security in 2019, laying out clear objectives and lines of effort to include women in conflict prevention, resolution, and post-conflict development. However, despite these efforts the US government and implementers continue to struggle with gender inclusion in program activities to ensure the meaningful participation of women in peacebuilding efforts.

How can we prioritize women’s inclusion in peacebuilding?

Thanks to these legislative and policy efforts, almost all international development programs now include crosscutting language on the importance of gender and social inclusion. Proposals lay out how implementers will prioritize the inclusion of women in program design. However, once implementation begins in difficult and complex locations, gender integration is often set aside. Implementers may argue that the focus of their programming is not conducive to gender integration or cite cultural norms as a roadblock to meaningful involvement of women. Even donors will overlook gender programing when it is seen as too difficult in the circumstances, leading gender inclusion to be neglected.

Use program objectives to push for inclusion

International donor organizations have the opportunity to strengthen and improve women’s inclusion in their peacebuilding and stabilization efforts through the design of their programs. Instead of integrating gender inclusion as only a crosscutting theme, it must be directly tied to program objectives. This increases the focus and motivation of both the implementer and the funder to ensure that women are included in programing in a meaningful way.

Including gender-related objectives in a program effectively allocates money towards women’s inclusion. When program objectives and performance indicators require a certain level of women’s participation, implementing partners are more likely to create ways to integrate women into their programing. Donors can also require important gender-related deliverables such as gender assessments and gender action plans, again, tying deliverables to gender inclusion. Doing so makes it clear that, despite the challenges, implementers are expected to include women and will be incentivized for doing so.

DT Global has experienced the effectiveness of this type of program objective. On the recently closed USAID Transition Initiatives for Stabilization Plus (TIS+) program in Somalia, one of the main program objectives was, “Support inclusive, sustainable development by reducing gender gaps in stabilization and development.” USIAD tied key performance indicators to this objective, requiring the program to have a strong focus on the inclusion of women in the stabilization process.

As a result, TIS+ found innovative ways to include women in programing activities. We included women in the community consensus building meetings that shaped the program’s activities. We achieved a target of 40% women participation in Project Oversight Committees, giving women a voice in the oversight of implementation. Additionally, the program fought cultural stereotypes by encouraging the hiring of women on infrastructure projects and seeking out woman-owned businesses. The program successfully met its gender-based targets and included women’s perspectives on stabilization programing. While gender inclusion was not the primary goal of the TIS+ program, having a gender-related program objective led to a more robust focus on gender and better results overall by including women in peace processes.

The peacebuilding community has come a long way in recognizing the importance of women in creating strong, stable, and peaceful communities. Prioritizing the inclusion of women in all stages of conflict prevention and resolution has successfully been codified through law and government strategy. However, we continue to experience challenges with implementing meaningful inclusion of women in programing. It is therefore important that the USG and other development donors recognize that they have a strong tool in the objectives they set for their programs. And as the funders, they must compel themselves and implementers to follow through on the gender goals set in their program designs. Donors and implementers must continue to find and refine these tools as we strive to advance women’s important participation.