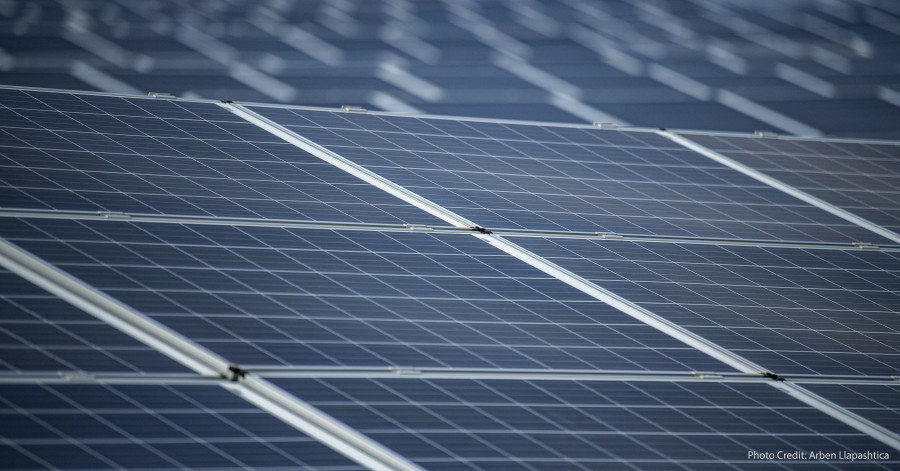 In the Palestinian Territories of West Bank and Gaza, energy costs are some of the highest in the Middle East. Supply is also well below the needs of inhabitants; residents of Gaza have as little as 3-4 hours of electricity per day, while those in the West Bank also face seasonal energy shortages. The high cost and low supply of energy make it difficult to meet basic needs (a fan for cooling, a safe stove for cooking), let alone more advanced ones (a light for a child to study, an outlet to charge a phone).

Tapping the Palestinian potential for solar

In both West Bank and Gaza, renewable sources of energy are not a panacea, but they hold potential to increase supply, reduce cost, expand energy independence, and diminish energy pollution. In this sun-drenched region that sees approximately 320 days of sunshine per year, solar power in particular holds huge potential. Not only can solar be used for larger projects, but it can also power small-scale mini-grids in harder to access areas. Already, about 57% of Palestinian households use solar water heaters and 40% of hospital water-heating comes from solar. The USAID Palestinian Energy Project (PEP), implemented by DT Global, tapped into this solar potential.

The project, which ended in 2019, supported development of renewables and energy independence in West Bank by strengthening the organizational and technical capacity of the Palestinian energy sector. USAID PEP built the institutional capacity of Palestinian energy regulators and other institutions, strengthened commercial operations of electricity distribution companies (DISCOs), promoted “green finance,” and piloted renewable energy opportunities.

One of USAID PEP’s solar successes was its work with the Palestine Polytechnic University (PPU) in Hebron to install photovoltaic (“PV”) panels generating between 300,000 to 400,000 kWh of energy annually. Before the PV system was installed in 2018, the university spent about $15,000 per month (or approximately $180,000/year) on energy across its four campuses. With a one-time USAID PEP investment of just over $137,000 (with the university investing an additional $45,700), the cost-savings from PV panels have since amounted to approximately $78,000 each year. As part of this initiative, the University committed to apply the savings to funding scholarships for 20 engineering students each year. With enhanced opportunities to learn about renewable energy and other innovations in electrical engineering, scholarship recipients have increased their qualifications to work in Hebron—an industrial area in the West Bank—and beyond.

Building up solar around the world

Across its programming, DT Global has an ongoing commitment to supporting solar and other sustainable energy sources. In Kosovo, as part of the USAID Kosovo Energy Security of Supply (KESS) project, we’re working with the government to assess solar potential, support business “prosumers” (consumers who also produce energy through solar or other means) by addressing regulatory barriers and finance options, and provide strategic communications support and renewable energy outreach for the Kosovo Ministry of Economy.

In Zambia, through the European Commission-funded Increased Access to Electricity and Renewable Energy Production Project, DT Global supports net-metering initiatives (billing mechanisms to credit prosumers who generate solar energy for the grid) and is working with the government to develop a new regulatory framework for mini-grids (including solar). We are also helping the government develop a Renewable Energy Strategy and Action Plan and an Energy Efficiency Strategy and Action Plan.

Although USAID PEP closed in 2019, its work with PPU continues to pay dividends. The system of PV panels has provided more than 1040 MWh (1,040,000 KWh) of energy to date, or approximately 30 MWh per month. The system is now in its third year, with cumulative savings on energy costs now almost double the initial investment. Thanks to this USAID-funded initiative, the University meets nearly 60% of its energy needs through solar and has become a model for solar and renewable energy throughout the region. With the committed engagement of its energy faculty, PPU continues to use savings from the PV panels to provide scholarships to students in renewables—60 to date—who are lighting the way for an energy-independent future powered by solar.